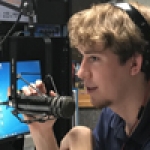 The Cape Senior Legion squandered a four run lead in the final two innings of the district championship game against the Jackson Senior Legion, who was looking to claim another district title. However, in the bottom of the 9th Cape came through after Garret Siebert walked to lead of the bottom half of the frame and moved to third after a pick-off throw that was misplayed. Two intentional walks and then a wild pitch allowed Siebert to score and capture the district title.

Both teams have clinched a spot in the Zone tournament hosted by Jackson at Whitey Herzog field. It’s a quick turnaround for both teams as Jackson takes on Ste. Genevieve on Tuesday, July 18 and Cape starts their tournament the next night against either Festus or Eureka.